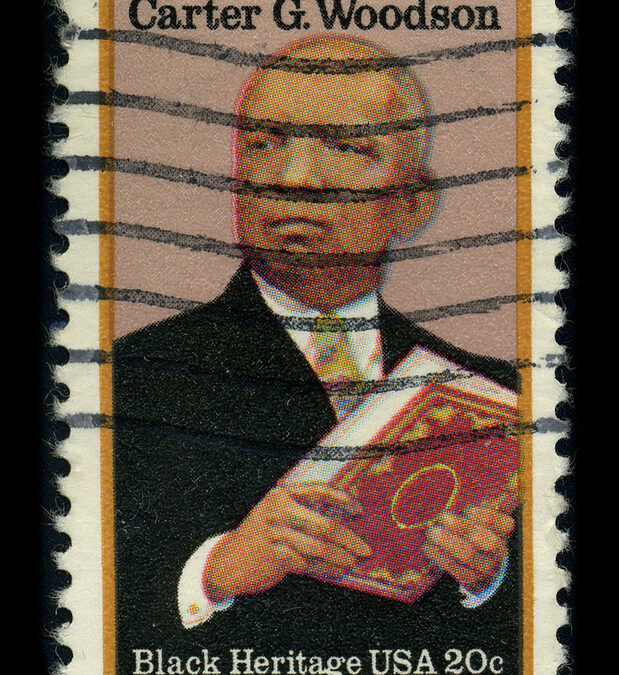 Every year we celebrate February as Black History Month, but how was Black History Month created? The “Father of Black History Month” was Carter G. Woodson, an American historian who is credited with creating the field of African American studies. Woodson graduated from the University of Chicago and earned a doctorate from Harvard University. In 1915, he founded the Association for the Study of Negro Life and History (now called the Association of the Study of African American Life and History) and in 1916, he founded the Journal of Negro History. He became the dean of the College of Liberal Arts at Howard University in Washington, D.C., in 1919 and the dean of West Virginia State College in Institute, West Virginia in 1920. While in West Virginia, he realized there were too few scholarly works on black accomplishments and culture and there were no publishers interested in publishing those works.  He founded Associated Publishers in order to publish books on black life and culture.

In 1926, Woodson founded Negro History Week in order to focus attention on black contributions to civilization.  He designated the second week in February for Negro History Week. Woodson chose this week because beginning in 1865, African Americans would hold celebrations in honor of Abraham Lincoln, whose birthday is February 12th, and since the late 1890’s they would hold celebrations for Fredrick Douglass, who celebrated his birthday on February 14th. By 1960, Negro History Week evolved into Black History Month largely in part to the civil rights movement.

In 1976, during the bicentennial, President Gerald R. Ford officially recognized Black History Month to honor “the too often neglected accomplishments of Black Americans in every area of endeavor throughout our history.” Now the Association for the Study of African American Life and History (ASALH) designate a different theme for Black History Month each year.

For this year, the ASALH has designated this month as Black Health and Wellness to explore the legacy and accomplishments of black scholars, medical practitioners, and other important medical providers such as doulas, naturopaths, and herbalists.  To celebrate Black History Month, the ASALH has a month of activities, virtual seminars, and events planned to celebrate African American accomplishments and educate the public on their contributions to civilization.  These events can be found at https://asalh.org/festival/schedule-of-events/.