What Is Autism Awareness? 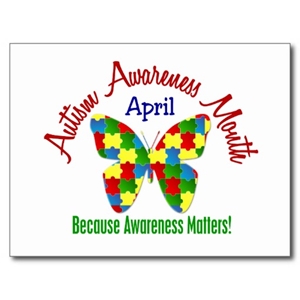 April is Autism Awareness Month.  In my law practice, I have clients whose families are affected by Autism.  My own family has a history with Autism.  When I think of Autism, I don’t think of blue shirts or puzzle piece ribbons.  I think of my cousin, John, as a toddler, standing on the walkway of the 200 ton, black and green locomotive idling on the tracks in the train yard behind my house.  I think of my aunt, my uncle and my father all running toward that locomotive through waist-high ragweed screaming John’s whole name—first, middle, and last.

John was my aunt’s youngest child and only son.  He would have been an All-American boy, but for his challenges.  For years, my aunt and her family struggled to figure out what was wrong with him.  He was diagnosed when Autism research was in its infancy and Autism was defined only by its severity.

My aunt tried to discover the root of John’s problems and with that, a solution.  She traveled to visit doctors across the country.  She took John to special training.  She read everything she could about John’s disorder.  She tried experimental diets, vitamins, and prayer vigils.  She listened to experts tell her John’s behaviors were the result of her inadequate mothering.  She researched Autism’s link to vaccines.  She recounted every fever and illness he had that could have caused his developmental delays.  She even politely smiled when well-meaning church members told her John’s problems were part of God’s great plan for her.

On the spectrum, John’s Autism was complex.  He needed supervision and supports with all activities of daily living.  He could verbalize, but only his family and aides could understand his language.  He had few inhibitions.  He had tantrums when he was not understood.  Sometimes, he even got physical when he was angry.  He was sensitive to sound, light, smells, chemicals, and additives to food.  His sensitivities led him to unplug appliances, remove light bulbs, and take the switch plates off all the outlets.  At least once a day, family members checked to make sure the refrigerator and freezer were still plugged in.  Chemicals and additives altered his behavior for the worse and made him ill.  Later, as an adult, I learned John suffered from seizures.

John also liked to escape.  He would disappear out any unlocked door or window.  If he was in a store and you turned your back, he was gone.  Because of this, he had to be watched constantly.   The family often joked that John was “on the road again,” but his flights were frightening and could have ended tragically.  During many of our visits, the entire family spent hours looking for John because one of us visitors would forget to lock a door.  Due to the frequency of John’s escapes, my aunt’s family had a routine search plan.  John’s escapes were so notorious the police knew who John was and how to find him.  When he was about 7 years old, he managed to travel several miles on his Big Wheel to a busy bridge spanning a river in the middle of town before police found him.

As John grew older, through observation, he learned how cars worked; and, with the help of his sisters, learned to ride a bike–ordinary things children learn as they grow.  Unfortunately, this knowledge only made his escapes more dangerous. This danger forced my aunt’s family to nail all the windows shut.  They tried screws first, but John quickly figured out how to remove them.  The doors leading outside were locked all the time with double-key deadbolts.  Every family member had a key, except John.  Thankfully, the house fire that we uncomfortably joked about never occurred.

While John had limitations, he was a genius when it came to taking things apart.  He took apart everything from bicycles and tables to a classmate’s electric wheel chair.  His special education school was ill-prepared for his talents or his disappearing acts.  One afternoon, he wandered away from the school to a local car dealership and took his turn behind the wheel of a car left running in the parking lot.  Thankfully, only the glass windows of the dealership and the hood of the car were injured.

While my aunt tried to stay current with the developments in autism treatment in a predigital age, there were few resources available in her community.  She was John’s primary caregiver.  She was an Autism knowledge bank for his school and his physicians.  She managed to cobble together a support system of a few good neighbors, a couple of kindhearted volunteers, a paid aide here and there, and her family.

While life with John was difficult, tiring, overwhelming, frightening, and often frustrating, my aunt and my cousins never seemed to have any unfixable complaints.  The adjustments they made in their lives seemed to be just how things were supposed to be.  My aunt made us feel like John’s behaviors were not really much different than my habit of biting my finger nails.  John brought happiness, love, and humor to everyone.  He was affectionate to those closest to him. He was excited and happy to see the people he loved.  He played with us.  He was overjoyed when he got to do the things he enjoyed. 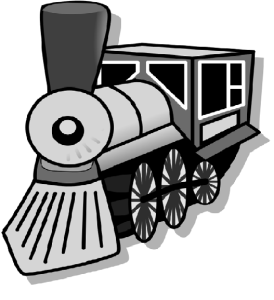 John died at age 16, which brings me back to  him, as a toddler, standing on that idling locomotive.  When he died, I was barely an adult.  It was the first funeral I had been to for someone younger than me.  Hundreds of people came.  “On the Road Again,” was played—a reference to his frequent escapes.  Everyone understood the joke.  Everyone had a story about their time with John—all larger than life, funny and involved him going someplace on something.

My first clear memory is of John on that idling locomotive.  My aunt, uncle, and cousins were visiting us at our new house.  We lived across a dirt road from a train yard in a small town.  My brother, I, and my cousins were playing in the yard.  My little sister and John were supposed to be playing with us, but we hadn’t included them.  My aunt came out of the house and asked if we had John with us.  When my oldest cousin said no, the adults ran out of the house.  Since John was a toddler, the family had yet to develop a search plan.  Adults ran through the house hollering his name.  Once they cleared the house, they searched our yard and the neighbor’s.  We were told to help look and did, retracing the steps of the adults.

Then, my father screamed.  His screamed at John, no longer in search of him.  We all turned and saw what my father saw.  John, a tiny blonde toddler, standing on the front of a 200 ton, black and green locomotive that sat idling on the railroad tracks.  We could all hear the rumble of the idle.  The adults, in unison, screamed John’s full name—first, middle and last.  My aunt told him not to move.  We froze in the yard, staring at the train. The adults sprinted toward the train yard, my dad’s black engineer boots kicking up gravel chunks with each step.  My uncle made it to the locomotive first and leaped up the ladder on the side.  He grabbed John by the arm and my father stopped running.  After my uncle carried John off the locomotive, they all stood in the ragweed begging John not to run off again.

A few years after John’s funeral, I was at swimming lessons with my daughter.  I was sitting on a bench in the locker room, waiting for her to get out of the pool, shower and get dressed.  Several other mothers were waiting for their daughters too.  A woman came into the locker room holding her son by the hand.  He appeared to be about 5 years old.  She put her purse and duffel bag on the bench and told the boy to sit.  The florescent light above the sinks flickered.  He began to shriek and hit the side of his head.  His shrieks bounced off the concrete walls of the locker room.  The echoes were deafening.  Several of the waiting mothers turned to look at the boy and his mom.  One woman shook her head.

The boy’s mother tried to grab his hand.  He shrieked louder and began to flail his other arm, knocking over the duffel bag.  He kicked at a pair of swim goggles that fell out.  They skittered across the wet floor.  When she tried to get him to sit on the bench, he stopped shrieking, but then began shouting “NaNaNaNaNaNaNa.”  He picked up a flip flop and threw it at the lockers across the room.  It banged against them.  I looked at the woman.  The anguish, embarrassment. and frustration I had seen so many times on my aunt’s face when John had gotten upset in a store, was on that woman’s face.

I walked over to the lockers and picked up the flip flop.  As I walked back, I scooped up the swim goggles.  “Is your son Autistic?” I asked.  “Yes,” she answered, holding the boy’s hand to keep him from hitting himself in the head.  “So was my cousin.  He loved to swim,” I said.  “Joe does too. Most days…” she answered slightly too loud over her son’s voice.  Her face relaxed some.  I put the flip flop and goggles on the bench beside her.  Joe continued, “NaNaNaNaNa.”  I picked up the duffel bag and put it back on the bench.

My daughter came out of the shower with her towel wrapped around her and a dripping suit in her hand.  “Nice to meet you,” I said and turned toward my daughter. Joe’s mom, with her free hand, fished his swim trunks out of the bag and held them up for him.

It is difficult to realize there is little you can do to make things better.  Awareness is defined as having knowledge or consciousness of something.  Awareness may only be having the knowledge to understand that the child you see struggling might be standing on the front of his own idling, 200 ton locomotive and those around him are doing all they can to keep him from harm.

For more information about Autism, visit Autism Speaks or the Florida Autism Institute.